Maumelle was initially planed as a New Town by HUD.  There were originally thirteen New Towns planed across the US. The Woodlands in Houston, Reston in Virginia and Maumelle New Town in Arkansas.  The concept was based on a planned community that would provide self contained industry, shopping office, housing, and support amenities.  Maumelle started with 5,000 acres adjacent to Little Rock and North Little Rock.  Eventually HUD abandoned federal control and sold the remaining property to private developers.  Maumelle is one of the most successful developments of the experiment.

TWB Architects and Witsell Evans Architects were the architects for the planning updated. The update planning provided a look at the growth in all areas and evaluated the progress and areas that needed emphasis.

Garden Oaks was a duplex sub-division of 24 Duplex Units.  The theme was a mix of townhouses and flats in one unit type and flats in the second unit. In addition to the effort to break up building type for variety the front entries were adjusted in way that only one of the unit entries were visible to the street.

Garages were accessed from a private drive at the rear of the units.  This planning organization was successful in removing the massive pavement and numerous vehicles and clutter usually present in most duplex development. 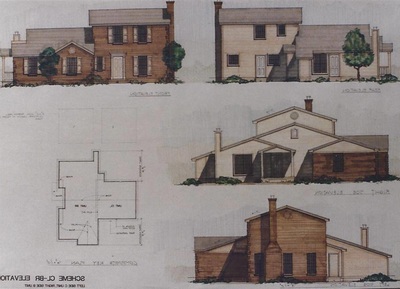 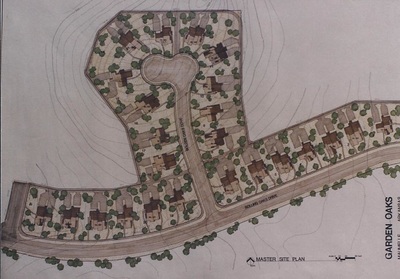