This Fay Jones residence is located in Clarksdale Mississippi. Mr. McNamee was the publisher of a local newspaper.  The house is sited in a cotton field and unlike most of the Jones sites is probably the most challenging. The McNamees were both tall individuals and insisted that we depart from one of the criteria of scale control. Mr. McNamee wanted the lowest ceiling and soffit height above finished floor to be an 8 foot minimum in lieu of the 6’-8” module that we used as a standard.

Fay typically used the lower floor to floor soffits heights as a means to amplify the explosion of space in the vaulted areas. It was effective to compress the ceilings in circulation spaces and soffits that were used for indirect lighting and then expand the volume in the larger living spaces. The effect was successful without building such large volumes to get the same effect.

The house was an experiment with the scale departure, however, we use a steeper roof pitch and with increase of volume created with the steeper roof the interior spaces retained the same explosion of space. 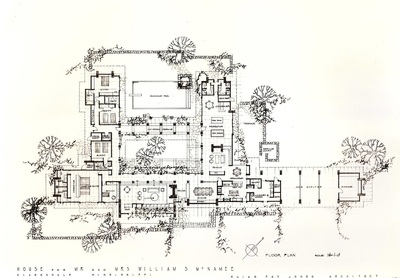 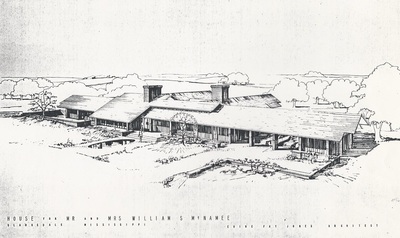