This 7,300 SF building was designed for the Student Loan Foundation.  This organization serviced the loans for the state banks that made loans to students in Arkansas Colleges and Universities.  This service has been Federalized by the Federal Government and removed from local and state administration.

The low bidder was unable to complete the project and the Bonding Company was called to take over the remainder of the project.  The workmanship was marginal and it was evident that the General Contractor was not keeping a Superintendent on the project to oversee the work.

The Project was completed and most of the poor work was corrected by the Bond Company Contractor.

Sidebar: As the Project Architect and the contract administrator I was called to testify when the Original Contractor was sued by the Bonding Company. The Bonding company brought suit against the Original Contractor in an effort to recover their loss.  As a witness one is called into the court room without any knowledge of the makeup of the attorneys, judge or jury.  This was memorable for me since both attorneys, for the defendant and plaintiff were women, the judge was a woman and the jury was all women. Think the Male contractor had a chance. 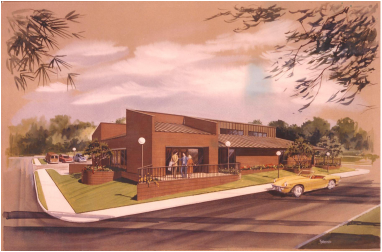